"Dove andiamo?"
Albicocca's La Madre Pazzo, Act I, Scene 6
Drapers Guild Opera Chorus, Zwaaienmijn Armen, conducting
At a raucous gathering the evening before they sail, the Argonauts
argue about where they must sail in order to find the Golden Fleece 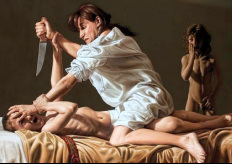 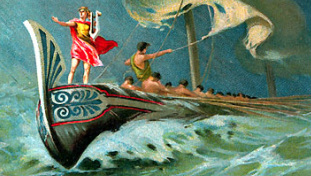 Shared Campaign Song of 1932
The fact that in 1932 Franklin D. Roosevelt and Adolf Hitler used the identical campaign song in their respective electoral campaigns has always been regarded as pure coincidence.
However, researchers at the University of Dinkelsbühl recently unearthed a recording from the period containing both the German version, sung by Nick-Mick Verhaften, known as the Nazi Crooner, and the English version, sung by the St. Louis Toodle-Oos, who joined Roosevelt in his Missouri campaign tour.
This shocking find has sent historians into a tailspin. Speculation is rife that there may have been some cooperative effort between the two political campaigns. 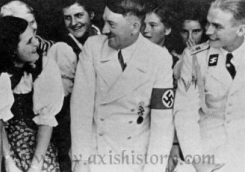 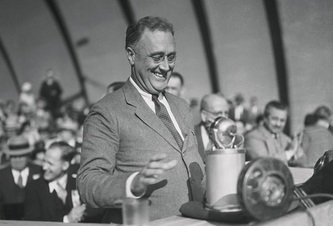