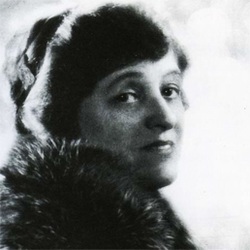 Wharton revealed her devotion to our dear Henri in the first chapter of her otherwise sloppy and dopey novel, Hudson River Bracketed. If these opening paragraphs, as pastiche, do not constitute a love letter to our dear Henri, then we do not know what could:

By the time he was nineteen Vance Weston had graduated from the College of Euphoria, Illinois, where his parents then lived, had spent a week in Chicago, invented a new religion, and edited for a few months a college magazine called Getting There, to which he had contributed several love poems and a series of iconoclastic essays. He had also been engaged for a whole week to the inspirer of the poems, a girl several years older than himself called Floss Delaney, who was the somewhat blown-upon daughter of an unsuccessful real estate man living in a dejected outskirt of the town.
Having soared to these heights, and plumbed these depths, it now remained to young Weston to fix upon the uses to which his varied aptitudes and experiences could most advantageously be put.
Of all the events so far befalling him, none seemed to Vance Weston as important as having invented a new religion. He had been born into a world in which everything had been, or was being, renovated, and it struck him as an anomaly that all the religions he had heard of had been in existence ever since he could remember; that is, at least sixteen years. This seemed to him the more unaccountable because religion, of one sort or another, seemed to play a considerable, if rather spasmodic or intermittent, part in the lives of most of the people he knew, and because, from the first dawn of consciousness, he had heard everybody adjuring everybody else not to get into a rut, but to go ahead with the times, as behoved all good Americans.